We are about to take you into world of the LSD user.

The opening line of this album sets the tone for the whole crazy, fucked-up ride to come. Full of avant-garde, artistic, heavy music; this album is the combination of many different styles and many different local, musical personalities. Cleveland, Ohio’s Mushroomhead released their self-titled album in 1995, initially on their own label Filthy Hands Records. I didn’t hear this album until 2003 but when I finally sat down with it, the songs would never fully leave my rotating playlist again. This album is an odd mashing together of songs with various TV/movie/talking clips that truly sets a unique tone for this band that they would follow into the new millennium. Many people point to their second album, Superbuick, as their “best” work but for me, they will never top this album.

The vinyl release for this album was something I wanted for a very long time and in 2016 they finally obliged. Available only at their concerts (or local Cleveland shops if you are lucky), this album is on blue vinyl and features revised front/back artwork. The original CD artwork in 1995 was very similar but it lacked the vintage, beat-up look around the edges of the jacket. MRH also reissued the album in 2002 with an altogether different look.

The artwork for this release definitely says mid-1990’s. Computer-generated graphics were reaching new highs and it seems like Mushroomhead were eager to utilize the emerging styles. A deep-blue, digital water ripple effect is used to help the odd text pop off the jacket. The texture inside the band/album name is a very odd, low-resolution acid trip. This same effect was used in their video for the song “Simpleton.” Looking at this now reminds me of sitting too close to the console TV as a child and seeing all the scan lines and pixels that made up the moving images.

To set this release apart from their previous versions of the album, Mushroomhead has opted for the “vintage” look. Added texture to the edges/corners gives it a beat up, very used look but it’s not done in the most convincing way. Personally, I’d rather they didn’t mess with the artwork at all but I am glad that they chose this version to start with and not the 2002 reissue artwork. 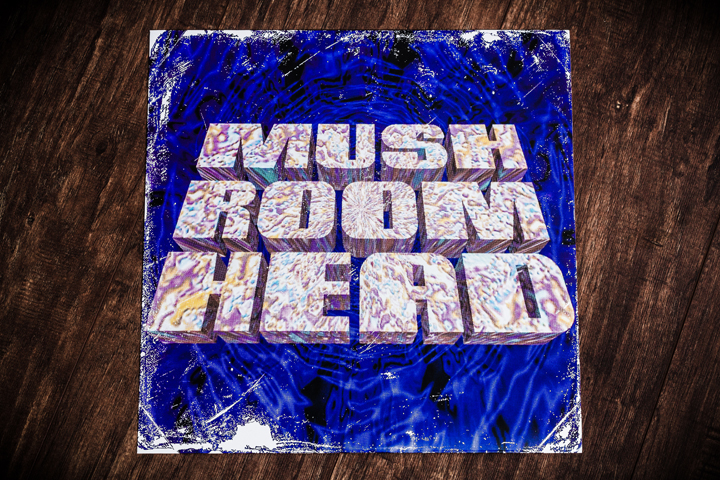 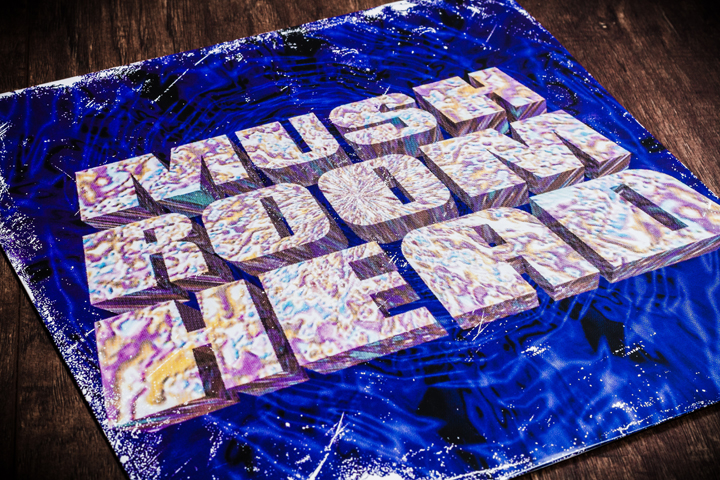 The back of the jacket follows the same basic trends that the front started. Reproducing the 1995 artwork with an extra layer of rough, vintage effects applied.

This is as bare-bones as it gets for a vinyl release. Just a jacket, white paper sleeve and a record. No lyric sheet. No photos. No download card. Nothing. I was really hoping for more out of a first-pressing release for an album that is over 20 years old but the music within will suffice. They did press the album with a very cool cobalt-blue wax. The labels are really simple. Just the big M and not much else going on with it.

This is a solid example of how music could be very strange in the mid-90s. From what I can remember of those days, it felt like there were a lot less walls and boundaries at the time and this record really tests that theory. An odd, hallucinogen-laced trip through rusty Cleveland that leaves you either wanting more or wanting to never hear it again. This album truly solidified my love for the band. They may have taken a very different path lately with both their sound and image but this album will always stand as a fine example of where they started and where they would go for the next decade.

3 Songs to Have Second Thoughts About